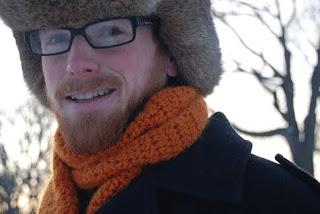 Bradley Wonder writes fiction and creative nonfiction, and he’s currently dabbling in metafiction. He also reads, and he edits 5×5 literary magazine. Currently, he lives in Minneapolis where he rides his bike daily and is about to start training for his first marathon. Until any of these things start earning him money, he’ll continue to work at your local grocery store.

My first experience with metafiction was Kurt Vonnegut’s Slaughter-House Five…and that book made my top ten list, where it remains. Don’t ask me to give it a specific number; I probably have twenty or so books on my top ten list, and I refuse to put them into any order.

Italo Calvino’s If on a Winter Night a Traveler also made the list when I read it a few years later. Way more meta, and more fiction as well. Or less nonfiction.

It turns out that I love metafiction. It can incite so many questions: Who’s telling the story? Are we, at any point, seeing the author, or is it simply the narrator? Or a fictional author, an author function?

I think when I read Slaughter-House Five, I felt that Vonnegut was coming outside of the fictional world, breaking the rules in order to speak to me. “Let’s cut the bullshit for a second,” he seemed to say, “This part is serious.”

But that was before I earned my degree in Creative Writing. The degree that taught me how to read and write as a professional but hasn’t helped me get out of working for various grocery stores.

Now I question things when I read. And when I watch. Adaptation is a great metafictional film. Metafilmic I suppose, but also metafictional. Charlie Kaufman writes himself into the film, and then he comments, in the film, about how he wrote himself into the film. We see Nicholas Cage as Charlie Kaufman typing away furiously, then throwing the paper away and starting over. He’s overweight, losing his hair, and he has a twin brother. A quick Google search will reveal that Kaufman is a skinny guy with a thick jewfro. And he doesn’t have a twin. Do we continue to believe that his real life writing practice in any way resembles Cage’s depiction? Or is it all fiction?

That’s the difference between film and literature: it’s much easier to Google it out and get to…well, get near the bottom of things.

What is the point of metafiction? Hack writers might use metafiction to explain the story when the more traditional progression of plot and character development are too difficult for them. I’m not going to be a downer and start listing books that I dislike, but anyone who’s taken a writing course has heard the mantra Show, Don’t Tell.

Metafiction tells. So why do I still love it? Because a writer is always telling something. That’s what words are for. Only visual arts can actually show. So when we say Show, Don’t Tell, we mean, figure out what the story is about, then figure out what you can tell the reader in order for them to envision a picture of the essence of the story.

If a metafictional writer is telling you about a fictional character: Tina has red hair. In my mind she has red hair because my first wife had red hair. Red like the fire when she burnt our doublewide to the ground. But Tina would have made it out alive. There are certain things here that the writer is telling you in order to show you something else.

I guess there are two main things that draw me to metafiction: one is how it seems that the author is speaking directly to me. It’s like going to see the author speak, except I’m still in my own home, so the author isn’t speaking to a crowd, just to me. The other is how simple it appears on the surface, but how complex it really is. For me, when a book can be enjoyed either as light reading or heavy reading, that’s a great book.