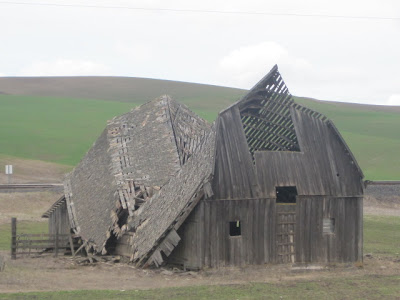 Just past Palouse, WA on Hwy 27 there is a barn that I have watched for most of the year.  This fall, the roof was swaybacked.  This winter, the barn was covered by snow and the roof was drastically lower.  I guess the weight of the snow got to be too much, because now the abandoned barn looks more like a galleon rising from the winter wheat fields.

I am probably going to write some ridiculous pastoral poem about this barn in the future.  It reminds me a great deal of my poem “The Old Payette Barn” that I wrote while attending WWU.  The fictional barn was taken down piece by piece and reconstructed in a city park  I doubt that will happen with this one. 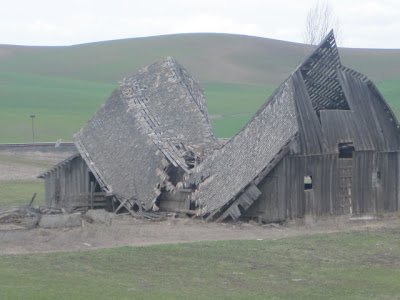 I think what saddens me the most about these barns is that they will never be built again, anywhere.  No one I know of but the Amish (and perhaps the Hutterites) are constructing these kinds of barns.  What I love is that each barn in the Palouse has unique features.  Modern architecture appears homogenous  to me. 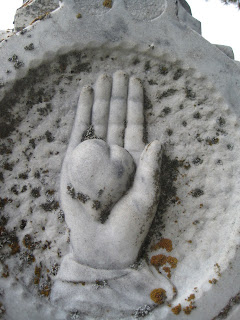 One of my other favorite things about the Palouse is that it is dotted with incredible cemetaries.  I have now been to cemetaries in Dusty, WA; Palouse, WA; Garfield, WA; Farmington, WA; and Moscow, Idaho.    This hand comes from a tombstone outside of Farmington, WA.
The graves in this area are amazingly well preserved.  The earliest headstone that I have found so far dates back to the 1840s. 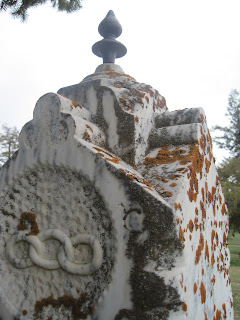 The older tombstones fall into three distinct categories based on their symbology: Freemasons, Odd Fellows, and  Woodmen of the World.  (The heart in the hand represents the virtue of charity.)  Before the Palouse was filled with rolling wheat fields, it was forested.  Palouse had a particularly large collection of W.O.W. gravestones.
I even managed to find a gravemarker from a gentleman who fought in the War of 1812, during which the Brititish marched down from Canada and burned the White House to the ground. (I’ve never seen an American flag on a tombstone this old.) 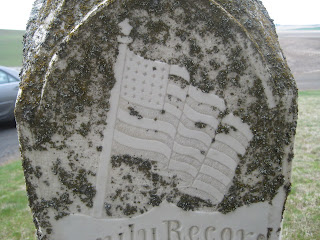 Even modern markers can be unique as is the one below. ﻿ 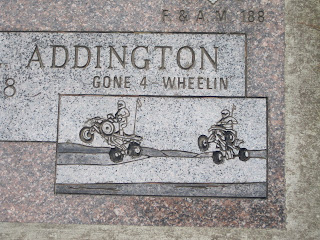 ﻿On the way back to Moscow, Idaho I stopped in Palouse to take a picture of the Palouse River which is flooding its banks.  Apparently in 1996, the river flooded the entire town.  Here is the water much higher than I saw it last week. 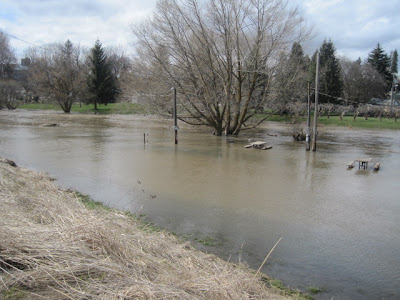 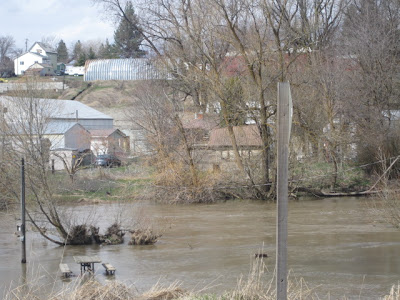 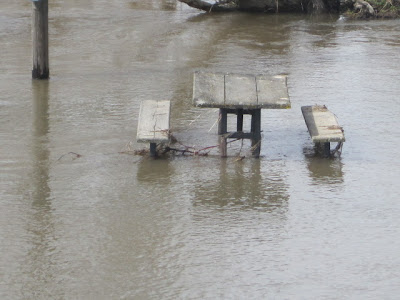 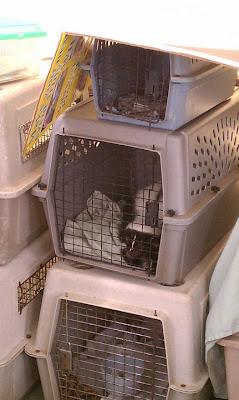 My favorite part of the trip was stopping at the local animal shelter.  I have been thinking that a new kitten may fix all of my MFA program woes.  Critical papers and poems you say?  No, I am turning in my marmelade cat for a grade.  At the shelter, this is what was also up for adoption.  His name is Harvey.  (Not really, but I appreciate that it just might happen in these parts.)  Welcome to the Palouse, just south of the Inland Empire.  Stay tuned for future reports of what a writing life can look like.
﻿
Posted in idaho, photo essay, road trip, the Palouse, travel, Washington, writing.