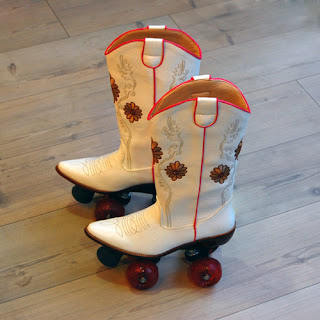 I was named after a terrible western novel. I still own the beat up, yellow-paged copy my dad gave me. It was a poorly written book, but my father was nineteen at the time. It sure beats the Christmas themed name my mom had in mind.

A few years ago, my naming got me interested in western literature. I spent my childhood watching my grandfather thumb through his Louis L’Amour books with their sometimes lurid covers. I wasn’t interested in pulp Westerns so much as where they had all come from.

As I understand it, there are three major western novels that have shaped the genre, as it is known today. The first of these is The Virginian by Owen Wister, published in 1902. This novel was turned into at least four movies and a television series. Another early work was Riders of the Purple Sage by Zane Grey first published in 1912. The last book, and possibly my favorite of the three is The Big Sky by A. B. Guthrie who went on to win the 1952 Pulitzer Prize in fiction for its sequel The Way West.

Reading these books gave me new insight into western literature, culture and film. I developed a greater appreciation for “The Duke” and even my father’s weakness for dime store paperbacks.

There is a whole universe of western literature today. Much of it is breaking into new genres and carving out surprising territory for itself. Any fan of Joss Whedon’s short-lived sci-fi series Firefly owes Zane Grey a thank you.

Among my favorite western writers are Annie Proulx and her collections of Wyoming short stories, which includes the story “Brokeback Mountain.” The most recent of her collections Close Range, knocked my socks off.

For mystery lovers, I would suggest Neil McMahon’s Lone Creek which should satisfy anyone regardless of how they feel about westerns. His second book Dead Silver, while not as strong is still good.

If you don’t like mysteries or short stories then Rick Bass might be the writer for you. Although he has written in many genres, I feel that his book Winter: Notes from Montana and his memoir Why I Came West spell out the impulse of western literature today.

I didn’t think I would care for western literature, even being named after it. Although I will leave Lois L’Amour where he rests on the shelf, I will continue to read and discover the voices of the West.