Recently, I read a conversation that the poet Stephane Mallarme had with the artist Degas.  (T.V.F. Brogan)  Degas complained to Mallarme that he was having trouble coming up with noble sentiments or profound thoughts to put in poems.  Mallarme replied that poetry isn’t made out of ideas; it is made out of words.  How many times have I wanted to write a poem about X, you know, THE REALLY IMPORTANT THING, only to have nothing come.  There are some excellent poems that are polemic out there, but a great majority of terrible poems that have something to SAY! 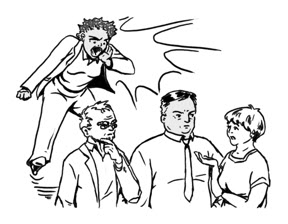 This calls to mind a quote that I garnered while reading Carl Phillip’s essay “The Case For Beauty”  From his book of essays The Coin of the Realm.  In it Phillips states, “The point about beauty is to see it.  The point of the poem I not to say anything about beauty, but to enact the vision of it.”

The third strand of my musing came to me watching a BBC series from 2008, Wallander. In the episode “Sidetracked”the protagonist has a discussion with his father, a painter.  The father says, “When you were little, you asked me why I painted the same thing over and over again.  I couldn’t explain it to you then, but every time I sit down to paint I think, ‘Maybe today I will do something different,’ but when I start painting, it is always the same; landscapes.” (paraphrased from memory)

When writing, I often resist “projects” because I have come to find that I can only sustain them for roughly twenty poems.  I don’t like to be bound every day to hammering out yet another “project poem.”  Sometimes they work, but often I find myself with only a half dozen serviceable poems out of a pile.  This is not to say everything I write is gold.  Most often the majority of my scribbling comes to naught.  But for myself, I find that sitting down and letting the poem that wants to be written come of its own accord is more successful.  The poem is more complex and often surprises me.

Every time I sit down with something really important to say, my own passion derails the making of a good poem.  I, like Mallarme, freeze up when I think, “Today I will write a poem about SUFFERING/WORLD HUNGER/SPAYING AN NEUTERING YOUR PETS etc.

Allowing myself to write whatever comes during my writing time is where my best poems are born.  This is not to say that all of my poems are “inspired.’  There is a seemingly endless amount of revision that comes after.  Sometimes I compose with strictures in mind or attempt a poetic form.

The longer I write, the more I find that there is an intuitive relationship between me and my poems.  When I am doing my best work, I allow the poem to dictate its own form and language.  I stop trying to get in the way and let it happen.  While this may sound mysterious, I know that others of you are nodding your head in agreement.  After all, we as writers, ideally strive to be in service to the words on the page.  That is when we are our best, our brightest, and most fully writers.

Please tell me your own experience about sitting down with a big idea?  How does your writing process differ?