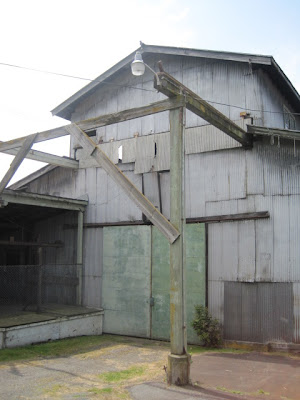 For some time now, I have been hypnotized by ruin.  I don’t mean the moral ruin that I was always warned about in church, but the ruin that comes to everything as the result of time.  None of us is safe from decay.

My first lesson in ruin came from the continual round of seasons in Montana.  The biting, frigid winters and the sometimes brutal summer sun baked and broke open anything that was left outside.  Wood weathered, paint peeled and the asphalt split and fissured.  Every year hard freezes pushed up a new crop of rocks into our garden.  The elements stripped and cracked the paint from the picket fence, turning the wood gray.  Potholes and crevices gaped open all the roads in town from the freeze-thaw-freeze of spring.

Ruined library books swollen with summer rain.  Rusted cars that I buried in the sand pile only to discover years later.  The small African frog who didn’t last long as a pet, reduced to a perfect tiny milk-white skeleton three months after I exhumed its grave. 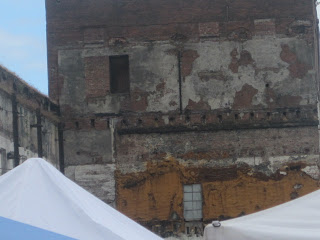 Growing up in a rural environment taught me that I too would one day be reduced to so many brittle bones in earth.

Perhaps this is one reason that the poetry of Richard Hugo appeals to me so strongly.  He wrote about a landscape in decline.  Boom towns became bust towns in a matter of years.  Hugo’s poems speak not only of rural decay, but also of the slow decline of the inner life.  Hope slips away like so much snow melt in July.

I have spent the past two 4th of July holidays in Butte, Montana, perhaps one of the greatest examples of urban decay in the west.  Butte boasted a population over 100,000 people from more than 75 countries in 1910.  Now only 34,00 remain.  Butte, once the copper mining capital of the United States is more relic than the “richest hill on earth.”  Nearly one dozen mining headframes dot the landscape.  Uptown Butte displays its former glory in brick, weathered wood and fading advertisements.  It is still standing, but just.

Ruin calls on me to mourn.  Decay resonates with some inner part of me that whispers, “All shall fall to time.”  I admit that I am melancholy by nature, but urban ruin also elevates my vision.  My imagination rises to fill in the crumbling walls, empty windows and fades signs with new life. 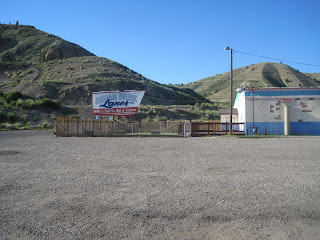 I begin to realize that as so many others have faded from these places, I will as well, but perhaps some writer or artist in the future will also wonder about me, in the same spaces–where I called to the past and it answered back.