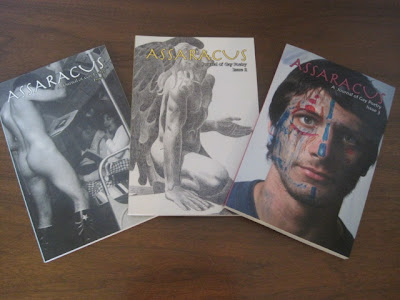 Do you know about Assaracus yet?  If not, let me tell you a little story.  Once upon a time there was a gay men’s poetry magazine from New York City called Ganymede that printed some very good poetry by well known and unknown gay male poets.  It’s editor and sustainer, John Stahl passed away in April of 2010, leaving the magazine unfinished.
Bryan Borland, a gay poet from Little Rock, Arkansas decided to pick up the cause.  He founded Sibling Rivalry Press, whose mission is to “to be a bad influence on otherwise good kids.”  Sibling Rivalry press publishes LGBTQ poets and also produces the quarterly Assaracus, which takes it’s name from the sibling of Ganymede.
Why did I bring up James Franco?
Well, Issue 3 of Assaracus features a special section of poems by gay men inspired by James Franco.  If you don’t think that Mr. Franco has much crossover to queer culture, you haven’t been paying attention.  He played the lover of Sean Penn in the movie “Milk.”  He played a young Allen Ginsburg in “Howl.”  Mr. Franco also appeared, in drag, on the cover of Candy, the world’s first trans fashion magazine.  Also, at this very moment (as you read these words) he is making and starring in a film about the life of the queer poet Hart Crane. 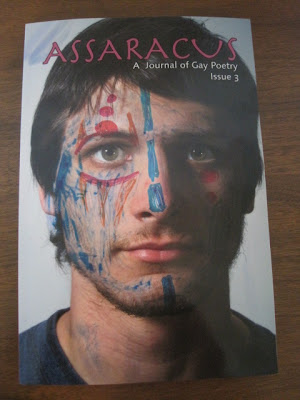 I want to let you know about Assaracus, because it is a great print journal that deserves more attention.  I also am telling you all of this because I have a poem about James Franco in the issue.
My poem “Learning Through Osmosis: Asleep at Columbia University” is a pecha kucha, a form championed by the fantastic poet Terrance Hayes in his book Lighthead.  This form is taken from a Japanese style of presentation where a person speaks on twenty different images for twenty seconds each.  My poem focuses on twenty things that Mr. Franco has done.  Needless to say probably spent as much time researching the poem as I did writing it.  My title come from a famous photo of Mr. Franco asleep in a class at Columbia University in NYC.
Go ahead and buy yourself a copy of Assaracus #3 and take a look at my poem.  You will be supporting a great press, an emerging magazine and (of course) my poetry. 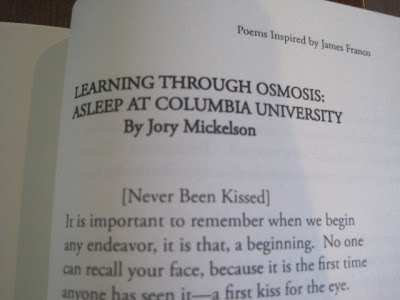