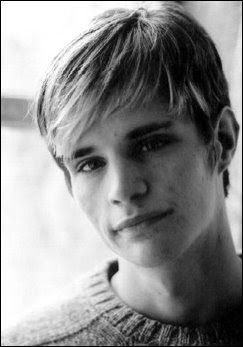 I’ve been writing about Matthew Shepard, or at least the image of Matthew Shepard clouded by eleven years of martyrology and media distortion.  If the gay rights movement has a patron saint, it is the smiling face of Matthew haloed by his longish blond hair.

Harvey Milk’s face has been edited out of history by that of Sean Penn.  Judy Garland has been demoted to an entertainer and actress.  And Harry Hay, well ninety to ninety-five percent of queer youth have no idea who Harry Hay is.

Honestly, what else is there to say after eleven years?  Everyone from his mother to gay rights groups, Fred Phelps to Congress has had something to say about Matthew.  It’s pretty much all been told by this point.  Posthumously Matthew has several movies and even a poetry anthology.  What is left?

I started writing about Matthew by accident.  My ex sent me some old love letters that I had written twelve years ago.  My ex was in Spain studying abroad during the period when Shepard was killed.  In the letters, I am writing about the crime, the fledgling efforts for hate crimes legislation and how a 21 year old man in Wyoming sparked the anger and fear of a twenty-two year old man in Montana.

I even found a copy of the November 1998 issue of OUTSpoken: The Voice of Gay Montana covering the vigil held for Matthew Shepard in Missoula.  The article included pictures from the candlelight vigil.  It gives an immediate emotional portrait on the tail of Shepard’s death.  OUTSpoken, the author of the article Greg Kastl and Matthew Shepard have all passed into history.  I suspect that only Shepard remains in the cultural conversation.

Trying to write about Shepard is like attempting to scale Everest.  It can be done, but few do and fewer still scale the peak well.  My writing began with a series of negations.  I attempted to remove eleven years of media attention and popular culture from the lens.  I don’t think this is entirely possible, but the attempt was necessary.  Who was Matthew Shepard before his death?  Who was he at the time of his death before so many other people responded to it?

I may never answer those questions in my writing.  Shepard might remain a cultural nexus point, unable to transform back into a 21 year old college student in Wyoming.

Timothy Liu said that writing a poem is in essence having an argument with yourself.  In this case my poem is an argument with Shepard, both who he was and what he has become.  What is straw and what is chaff after so long a time?