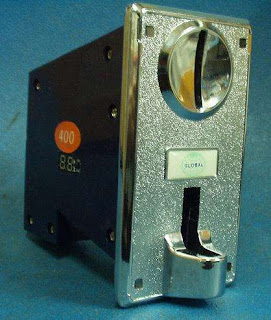 There are some great discussions going on about the future of literary magazines, changes in the submission process and new viable models for literature.  These discussions have also whipped up a veritable hurricane of criticism.

Some of the furor began after Tin House posted their new submission guidelines:

“Between September 1 and December 30, 2010, Tin House magazine will require writers submitting unsolicited manuscripts to the magazine to include a receipt for a book purchased from a bookstore. Writers who are not able to produce a receipt for a book are encouraged to explain why in 100 words or fewer. Tin House will consider the purchase of e-books as a substitute only if the writer explains why he or she cannot go to his or her neighborhood bookstore or why he or she prefers digital reads…”

Brevity, a nonfiction magazine, asked its readers whether or not they should charge for submissions.  You can view the discussion and comments here: http://brevity.wordpress.com/2010/07/15/should-brevity-charge/

As more and more established literary magazines go digital, including their submission process, they need to begin to ask themselves how can they be viable when not only the readership, but the method of reading is changing.

My own literary magazine 5×5 started using the popular Submishmash software to speed up the process of sorting through submissions.  We are a small journal, but we received over 300 submission for our last issue.  That is a lot to ask volunteer editors to sort through on their own time.  Larger journals receive thousands of submissions for each issue.

Is the idea of changing the submission process or even charging for submission just another hoop to make the writer jump through?

Michael A. FitzGerald, the co-founder of Submishmash, weighs in on the issue here:  http://www.submishmash.com/2010/06/reading-fees-from-a-writers-perspective/

I am thrilled to be able to submit to journal electronically, either by email or a submission manager program.  It saves me time, money and trips to the post office.  It also increases the speed with which I am rejected.  I no longer have to wait up to a year to hear back from literary journals.  By and large electronic submission has increased the speed and ease with which a writer can see his or her work accepted or rejected.

On the other hand, it also means that major literary journals can be flooded with even more submissions, since no one has to leave their computers.  What do you think?

I was made aware of most of this issue by http://www.newpages.com/