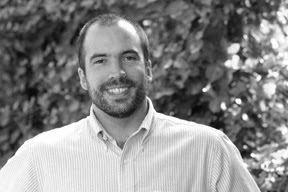 Chad Helder is the Stoker Award-winning editor of Unspeakable Horror: From the Shadows of the Closet (Dark Scribe Press 2008), an anthology of queer horror fiction, which he co-edited with Vince Liaguno. Helder’s first book of poetry, Pop-Up Book of Death, will be published by Queer Mojo Press, an imprint of Rebel Satori. He is currently working on a new collection of horror poetry for Dark Scribe Press. He is also the creator and writer of Bartholomew of the Scissors (Bluewater 2008), a comic book miniseries with art by Daniel Crosier. He lives in Portland, Oregon.

Jory Mickelson: You recently won a Bram Stoker award for your anthology Unspeakable Horror, tell me more about that.

Chad Helder: The Stoker award was for category “Superior Achievement in an Anthology.” I co-edited it with Vince, the founder of Dark Scribe Press. It was the press’ first book. That was pretty exciting.

In June, I attended the Horror Writer’s Association convention in Burbank, CA and they had the awards ceremony there. There was a big dinner in a ballroom. It was very Emmy-esque. Our presenter was Ellen Datlow, probably the world’s greatest anthologist. It was a huge honor.

JM: Are you editing anything now? You have worked on several different projects in the past.

CH: I am not editing anymore; I am just writing poetry. The submission period for Unspeakable Horror started in the fall of 2007 and ended in May of 2008. I was reading 35 stories a month for it. We managed to but the book together by December 2008. That was it for me editing. I am not writing comic books right now either. I am working on a collection of horror poetry for Dark Scribe Press and have about 60 pages of poems. I need to get going on it if I am going to meet my deadline.

JM: Can you define horror poetry?

I think that you have to be careful. If you Google “horror poetry” you will find a lot of stuff on the Internet. A lot of it can be really bad. The same thing happens if you search for love poetry online. When poetry is awesome, it is awesome, no matter what the genre or theme is. Sylvia Plath wrote a poem with vampire overtones. I really love Plath.

JM: Your poems can blur the lines between poetry and prose. How do you differentiate your work from being flash fiction, prose poetry or something else?

CH: Pop-Up Book of Death is being published by Queer Mojo Press. Originally, I had printed up some copies of an earlier version of that manuscript in order to have an event at Village Books in Bellingham. I sold about 30 copies of the book. I revised and expanded the book and signed a contract in March for it. Now Pop-Up is going through the paces. Publication is underway, but I don’t know the month it is coming out yet.

I think that it is cool and fun to self publish. There is a lot of work you have to do to self publish successfully. There is a lot to be said for working with small presses too. I know how to write poetry, but I don’t know how to be a publisher. Let publishers do it, work with a small press. Publishers do a lot: cover design, marketing, having printed copies for an event. I am a poet; I don’t know how to design a book cover.

I am not a big fan of desperately hunting for a publisher. I am a bigger believer in networking. That is how you meet a publisher, not by culling 500 rejection slips. I have a very specialized market: gay + horror + poetry. I am thrilled I found a publisher for my work, but it was through the connections I made, the people I got to know. That said, I think that the prejudice against self publishing is ridiculous. Bad work gets self published, but so does a lot of good work.

JM: Are you still involved with writing comics?

CH: At this point, that appears to be over. I am not writing for Bluewater anymore. Bartholomew of the Scissors started as a novel. I had put all of this work into a novel and it wasn’t coming together. I met Darren Davis from Bluewater and then I wrote up a pitch and delivered it to him. I had to learn how to write a comic script. The end product turned out pretty close to the visual images of writing a poem. There was a focus on the visual and is some ways it comics and poems are similar.

I wrote four issues and then Darren had to find an artist interested in drawing the comics. Daniel Crosier was an artist doing wood burning on wood planks. He said that he wanted to draw the entire series. And he did. I think that Bartholomew is the only comic ever done that way—burned into wood. It looks really creepy and there are also a lot of fire themes in the story. It ended up working well.

JM: Did you read comics as a child? Did you work on horror comics because of Tales from the Crypt or similar works?

CH: Not at all. I started reading comics in my 30s. I never read them as a kid, but I love them now. I didn’t get into poetry at all until my third year of college. I wanted to be a writer because I read Catcher in the Rye by JD Salinger. When I started writing poetry though, even my first poem had horror themes in it.
When I was younger I was very scared of horror. I would have to turn the TV off if a horror movie was on. For me personally, the whole reason that I am into horror is because I am gay. I had a really rough time with the closet and internalized homophobia. It manifested itself in a psychic or dream world of vampires, monsters and dread. I think that there is a strong connection between the 1980s vampire movies and a fear of gay men.

JM: What are you working on now?

CH: I am working on finishing up the new collection of horror poetry for Dark Scribe press. I hope it is well received by both the gay community and horror readers. I play with the issues of gay identity and horror in the poems. It is a delicate balance because I don’t want to fall into using the stereotype of being gay as other or gay as monstrous. Hopefully the poems overturn the stereotypes in interesting ways and then go beyond that into something very unexpected. I am also going to be reading some of my poems for the October Chuckanut Radio Hour in Bellingham.

If you would like to hear Chad read from his work, he will be appearing on the Chuckanut Radio Hour on October 13th at 6:30pm at the Leopold Crystal Ballroom. Tickets are available at Village Books or www.brownpapertickets.com You can also visit Chad’s website Unspeakable Horror at http://unspeakablehorror.com/ 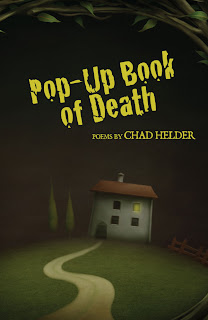