Last night, I managed to finally hunt down and rent a copy of Broken Tower, James Franco’s art house, biopic picture about the poet Hart Crane.  I didn’t have any expectations for the film to be good or bad, but I was excited to see the figure of Hart Crane get some screen time.  When was the last film about a modern queer American poet made?  (Not involving Franco.) 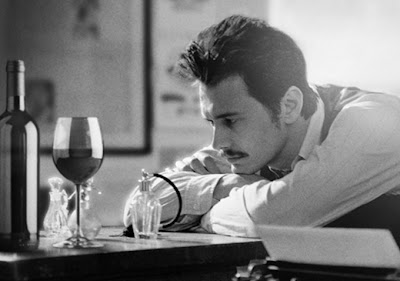 Hart Crane has been looming large in my consciousness the semester.  Reading Federico Garcia Lorca’s Poet in New York, got me wondering if Crane and Lorca had ever met.  I found one account of that meeting involving whiskey and a room full of sailors.  I also found Philip Levine’s poem “On the Meeting of Garcia Lorca and Hart Crane.”  While his poem has it’s merits, like heterosexual writers will, he veers away from the queer vitality of that meeting entirely.  The poem negates any chance of desire or tenderness between the poets themselves or the drunk sailors, “Let’s not be frivolous, let’s/ not pretend the two poets gave/each other wisdom or love or/ even a good time.”  Why does Lorca and Crane having a good time have to be considered frivolous?
Levine’s concern for the poem is imagining his relative in the room with them.  It’s Levine’s poem and his prerogative and a good poem for what it does.  But in the hands of a queer author, this same material could do more. 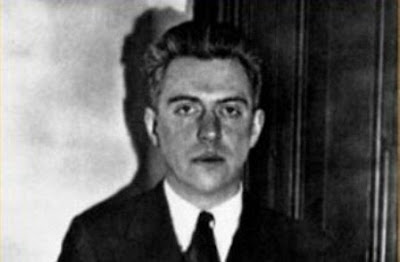 But back to my semester with Crane.  I wrote a draft of an elegy to him.  I revisited his poems.  I saw Broken Tower.  While the film wasn’t entirely to my liking, I enjoyed a good portion of it.  Hearing Franco read Crane’s work aloud was heartening.  It followed me into bed and worked its way into my dreams.  Not in the way you are thinking…
Instead, lines from Crane’s poetry narrated my dreams.  They hovered over my head.  They broke apart and formed new combinations in the somnambulant air.  I have been wondering about how to reconcile certain aspects of my thesis and thanks to Franco and Crane, I think I may have an idea of how to shape it.  Crane’s words acted as a numinous spirit, guiding me.
As often happens, I have to do some of my writing while asleep or watching television or walking or  reading for hours on end.  The work of writing happens all the time, not just when I put the pen to the page.
Posted in Broken Tower, Federico Garcia Lorca, Hart Crane, James Franco, Philip Levine, The Bridge.