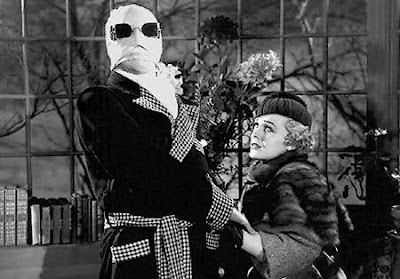 I recently had a lively exchange with a fellow poet about women getting it on with other women in poetry.  In the poems, the speaker or narrator (as far as can be surmised about such things) identified as heterosexual.  The poems under discussion were brave for their honest discussion of secrets and sexuality–experiences that get swept under the rug or locked up in gray metal boxes labeled shame.  I commend these poems for telling.
That said, something still bothered me about them.  Not the poems themselves, but the way in which “queer” content was being told by straight narrators.  Human sexuality is a variegated and prismatic animal, and I acknowledge that any rigid construct of sexual behavior is prone to exception and failure.  Although many poems, stories and essays in this category are not aiming for it, by their very nature they intend to provoke or shock a reader with the content.  They are written to a heterosexual audience.  Primarily, they are received into a heteronormative tradition that sees them at odds with the accepted narratives and boundaries
.
Further spurring my cantankerous brain was that my poet friend recommended a book by an (assumingly heterosexual) author wrote about someone gay dying of AIDS.  I want to acknowledge that the book had great literary merit.  It was moving.  It still unsettled me.
HIV and AIDS are by no means a “gay” disease.  The AIDS pandemic  as they say, is everyone’s problem.  But the context of the book was viewed through the lens of the AIDS-crisis in the United States during the late 1980s and early 1990s.  The bad years.  The plague years.  The days of ACT-UP, PWA, and the introduction of the new cocktail drug therapies.   The book is told through the lens of a heterosexual who lost a homosexual family member.
What I am grasping my way toward here is that too often, (I will go out on a limb for controversy’s sake and say most often) any visibility that queer narratives get by heterosexuals are from heterosexual authors.  (David Sedaris aside, because he is really Erma Bombeck come back from the dead.)  As a queer man, my narrative about the queer experience, my own lived truth is given second place for a heterosexual narrative which touches, but does not encompass my life.  As LGBTQ people, we come to know our own stories in literature written by queer authors AND we usually read what the larger heteronormative culture has to say about us.  It is expected for us to read and to know what author X and Y have to say about queers.  But we aren’t given the same equity.
Most heterosexuals remain ignorant of queer authors.  They don’t read our books.  They aren’t really interested in doing so.  Why should they?  Heteronormative culture doesn’t expect to find anything about our lives to reflect anything of their own.  Isn’t this the great argument mainstream gay culture makes about same-sex marriage, “We are just like you!”?  Who are we lying too?
When my heterosexual friends recommend  books (by straight authors) with gay themes to me, I am happy for it.  There is usually an expectation that I should know about the book already since it is “about me.”  When I go on to recommend a book back by a queer author, I am usually met with a blank stare.  “Who?” my heterosexual friends ask. “I have never heard of that.”
And without me, they probably never will.
Posted in Act Up, AIDS, David Sedaris, erasure, Erma Bombeck, HIV, queer narrative, queer writing, repression, shock value, the invisible man.