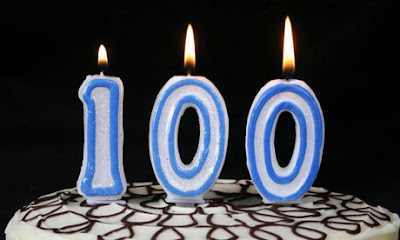 This is a good road marker for Literary Magpie, one hundred posts.  Although one hundred is an arbitrary number, it does mark a continued effort to blog.  This thing started on July 30, 2009.  An interview with the author Carol Guess went up and the rest is history.

I primarily intended this blog to showcase interviews with queer authors and book reviews, but as time went on it came to include news, guest bloggers and a lot of personal commentary.  One thing that I have not done is showcase my own poems directly.  This will be the case as long as the blog continues. 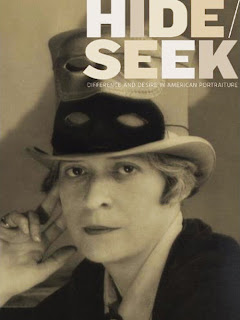 Things have been moving quickly in the past few weeks.  I attended the AWP conference in Washington D.C. which allowed me to see the Hide/Seek portraiture show at the National Portrait Gallery.  The show gave me an incredible sense of weight and loss.  There is so much art and evidence that has been lost over the years.  The visual documentation of queer life is often ephemeral at best.  I was extremely grateful to have seen pieces from the late 1800’s onward gathered in one place.

That said, I was disappointed that the video piece “A Fire in My Belly” by David Wojnarowicz had not been put back on display.  You can view it here:

Included in the show was a video from 1971 called “Pink Narcissus,” which everyone I spoke to about it had seen.  How was I not aware of this video’s existence?  I watched about half of the video while at the Portrait Gallery.  It has inspired me to begin working on a new project in addition to my own poems and Literary Magpie.  I will keep you posted.  If you want a sugary, glittery taste of uber-gay goodness, check out this: NSFW

Coming up in the near future are some exciting new authors I “discovered” at AWP, some queer literary magazines that you will want to read and support and more interviews with LGBTQ authors, editors and publishers.

Here is to 100 more posts and especially to YOU for all of your support!  Keep reading!!!!