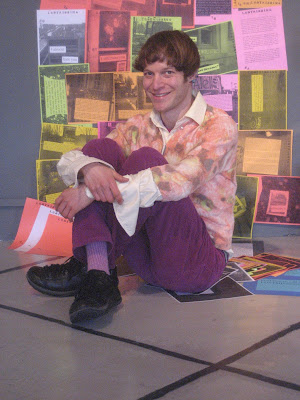 I used to think that independent bookstores supported independent authors, and independent presses, but now I’m not so sure. So many independent bookstores have become little more than showplaces for the NPR circuit, endlessly parading the same authors on their front tables, or if not the same authors then the newest authors to win the same awards and maybe even come from the same schools or the same schools of thought. These are the wrong independent bookstores, the ones I’ll still support rather than shopping at Borders or Amazon, but the ones that long ago ceased to think independently.
Don’t get me wrong — there are plenty of amazing bookstores left, or at least a few scattered here and there — the bookstores that actually do the job of building community on radical ideas, challenging norms of style and substance, exposing their patrons to new ways of thinking, showcasing books that most people haven’t heard of, but need to. But these bookstores are definitely in the minority, and rarely gain the kind of acclaim that the big independents wield, the tastemakers, the ones where the prestigious authors read, in between their NPR appearances.
I might as well add that the snooty independent bookstores don’t tend to carry my books — even, sometimes, the stores where I read! To tell you the truth, sometimes it takes me a while even to ask, it’s too depressing when they look at you in that blank pompous way, but hello — now I live in Santa Fe, these stores need to order my books, right? So, at the larger independent I found myself mentioning that I’m an author who recently moved here, and I’d love it if they’d carry my books. The person working there said let me give you our consignment brochure. I said what about ordering them without consignment? He said that’s the only way we do it.
So I took the consignment brochure home, and the first thing I noticed was that it’s a program for self-published and print-on-demand titles. None of my books are self-published or print-on-demand, so I’m wondering what it was about me that made the employee decide, without asking, that I wasn’t “legitimate” enough to be another kind of author. Was I too close to his age, or too much of a freak? Too young in appearance to be a “real” author, or too queer? Not that there’s anything illegitimate or fake about self-published or print-on-demand titles — the more, the better! But, the truth of the matter is that my books are put out by the exact publishers that independent bookstores were started to support.
Anyway, I did read that the consignment program gives you 60% of cover price, instead of the usual 7.5% that you would get from a publisher, so that sounded all right. Until I noticed that they make you pay $25 for six months, in order to shelve four books. $25 doesn’t sound like that much, except that they might not sell a single copy. And, even if they do sell all four copies — let’s say your book sells for $15, so you get $9 per copy, but then that really means you only make $11. Does that sound fair?
It gets worse. For $100, they will feature you in their email newsletter, and allow people to order your book online from the bookstore’s website. That’s like giving them $100 for nothing. I even signed up for their email newsletter over a month ago, and I haven’t received it once! But, here’s the best part: for $200, they will arrange a reading in the store with two or three other local authors, space permitting. That means that the big independent bookstore in town is charging self-published and print-on-demand authors up to $800 for a reading. And, presumably making more money off you when people come to your event and buy things! They create all these scams to pretend that they’re supporting local authors. But, they only support local authors who pay them more than the authors will probably ever receive. This is what independent bookstores have become.
Mattilda Bernstein Sycamore (www.mattildabernsteinsycamore.com) is most recently the author of So Many Ways to Sleep Badly (City Lights 2008).
Posted in ethical dreaming, independent bookstores, mattilda bernstein sycamore, moeny up front, NPR, self publishing, so many ways to sleep badly.