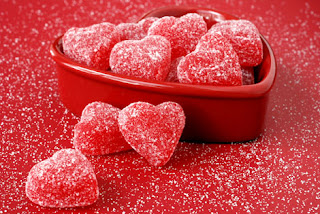 For the past two years I hand sketched postcards for that most dreaded of holidays: St. Valentine’s Day.  I think I am one of the few people who insist on keeping the S-A-I-N-T on the holiday.  I don’t insist for religious reasons, more for tradition.  I am perfectly aware that the story of St. Valentine was most likely conflated with some horrible then contemporary bodice-ripping tale, but the Church changed the names and then…  A saint has nothing to do with our modern greeting card and candy driven wallow in pink and red excess.  Do Americans do anything but excess?  Holidays, War, Debt.

Enough imperialistic woe for a moment.  I started two years ago by hand drawing and coloring post cards for my friends.  I loved getting valentines in elementary.  We make “mailboxes” out of white paper bakery bags and adorned them with our names and a myriad of misshapen construction paper hearts.  It was the one time of year that a young gay boy like me could put pink on something and not be beaten up for it.  I wanted to recapture that feeling from childhood, not the secret pink feeling, but the other feeling, the valentine card adrenaline rush.  Each postcard had a poem on the back and was sent in the mail to the people who had signed up to participate. 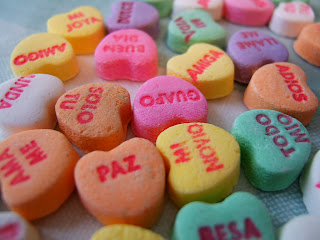 This year, I sketched six designs and I am very happy with four of them.  Three are nature themed and three are man-made objects.  I won’t say more because I don’t want to ruin the surprise.
I only write one poem per year for this event.  I stole the idea from the poet Ted Kooser who put 26 or so of his poems together in a book.  He said that he had to stop sending the valentines out to beautiful women because of postage costs.  I send mine to boys and girls and genders in between.  St. Valentine’s Day is the one time of year I can send my straight crushes valentines and they thank me for it.
This holiday has gotten a bad rap.  If you are single (like I have been on this holiday) you can still get a card.  I think this is a day to remember those we love regardless if that love is of a romantic nature or not.  I have suffered with other veterans of this holiday (having been dumped twice on or in near proximity to the big day).  St. Valentine’s Day, I reclaim you for the forces of good cheer!
Here is to wild third-grade enthusiasm, mad non-kissing crushes, and to how I can ensure that some people in America who won’t read a poem on their own will read one poem this year!
Posted in hearts and flowers, literary tradition, love, secret crushes, St. Valentine's Day, ted kooser, valentine.