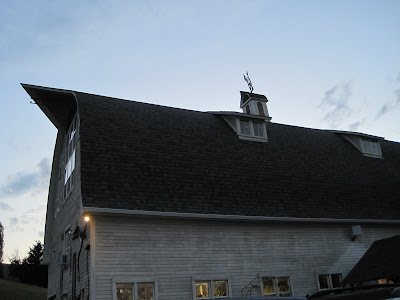 Last night I drove from my new home in Moscow, Idaho to a small town called Uniontown, WA.  Early in the last century, Uniontown was still booming with river transport along the Snake River and the pre-industrialization of farming.  Today, Uniontown is still at farming community, but its population is down to about 1200 souls.

The Dahmen Barn was on its way out too.  The old structure was slated to be torn down.  Through many members of the community, the barn was transformed from a sagging pile of lumber into a community art space.  Today it is filled with art studios, workshop space and a gift shop.  This is where I would get to experience an evening of cowboy poetry.

The event was put on by the Palouse Country Cowboy Poets. This group of farmers, ranchers, vets, teachers and community members has been meeting for the past 40 years or more. The organization currently boasts 35 regular members, some who have been with it for as many years. 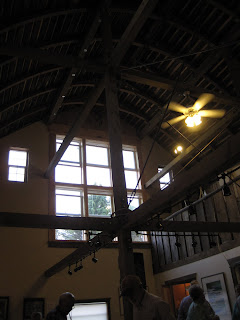 It was a packed event with 40-50 people in attendance. What got me excited was the $7 admission. I can’t remember the last poetry reading I attended where the audience members had paid to listen to a poet recite work. Eric Larson emceed the event and even got in a poem of his own toward the end.

Cowboy poetry is a form of the ballad.  The first ballads appeared in Europe during the 15th century.  They were narrative or told popular stories of the time.  Think of ballads as courtly pop radio songs.  Ballads use a regular rhythm and simple ABAB rhyme scheme. Some better known ballads are “The Man From Snowy River” from Australia and The Rime of The Ancient Mariner.

What impresses me a great deal is the memory of the poets who performed their own and others work.  Almost all of the poems were recited by memory.  Although cowboy poetry is written down, it began as an oral tradition–something recited around the campfire or cook stove at night.  In the early days, not every cowboy was literate.  The ballad’s rhyme and meter helped the trail rider commit it to memory.  Twas the night before Christmas and all through the house… 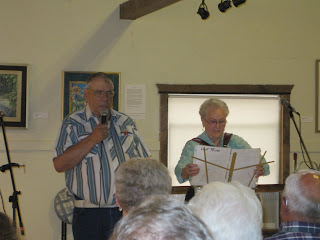 Howard Norskog read last night.  Speaking to one of the other poets during the intermission, I found out that Mr. Norskog is well known in the cowboy poetry world.  He is a three state champion and the author of four books and four recordings.

Here, he is reciting his ballad “The Lost River” accompanied by Maxine on her accordion.

The evening also featured a few songs.  It was a great experience and one that I hope to repeat.  There are things to look forward to in rural Idaho.