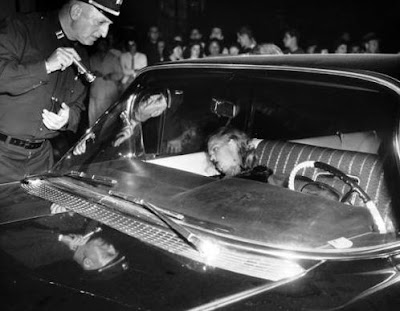 It’s been a while since you and I last saw one another.

I’ve been packing my bags and books and furniture, everything really, in preparation for the move to Idaho. I keep asking myself, “Where did all of this stuff come from?” Followed immediately with, “Can I live without this?” Somewhere between the start of packing and the half way marker, I knew that I needed to start making cuts. Can you see how this is going to start pointing toward writing?

I drove through Idaho and to Montana last week to see family and celebrate the 4th of July. During the drive, I listened to two unabridged audio books. The first, Bitterroot by James Lee Burke was set in the landscape and cities that I would be visiting. It was spread heavily with what readers want to hear about Montana: big skies, huckleberry bushes, and trout in every glinting turn of river or stream and a sprinkling of hard nosed rednecks with guns. Having grown up in the Bitterroot, I can attest that it is less bucolic and far more boring than the vision Burke pens. However, I gave him some leeway. I would rather read of fantastic murders and layers of revenge than what the mayor of a 2500 person town did between council meetings. Bitterroot had more killing in it than Ravalli County has seen in 25 years.

The second book, The Thin Man by Dashiell Hammett, was everything one could hope for in a noir novel: gangsters, heavy drinking, wit, ditsy dames and plenty of “you got the wrong guy.” On the whole, I enjoyed Mr. Hammett’s work over Mr. Burke’s. The Thin Man was about half as long as Bitterroot in length and was a nonstop high-speed train of story. To be fair, I have noticed that my experience of reading a book on the page and listening to an audio book are entirely different experiences.

A written book is not always paced for the spoken word. Heavy description, internal monologue or a string of metaphors can kill the ear when read aloud. What the brain processes in silence has a much different pace than what the ear can take in. Many of the audio books I have listened to seem to sag in places or almost fall apart. I find myself agitated with the slow parts and give the stereo the lets get on with it glare. After listening to many audio books, I now know why authors pick high intensity portions of their work to read at book signings. The audience would be giving the author the same look of disgust.  Half of the audience would begin to leak sighs.

Listening to audio books does more than just makes a book droop; it also exposes the writing process for me. Hearing a book aloud, I am more aware of the writer’s method of moving the plot forward, the use of foreshadowing and repeated images or turns of phrase. I couldn’t help but commenting aloud on some of what I was hearing to my fellow passenger in the car. “Watch for that flower again later in the book.” “Trust me, this is a red herring.” Why yes, I am a person who talks through movies.

In the end, I prefer to listen to audio books of a shorter length. They keep my mind and rocketing forward with less time for reflection. Perception is everything. As my waitress at Glen’s Cafe in Florence, Montana commented to me, “Well we had those three murders almost ten years ago. It’s just like we are a big city or something.”