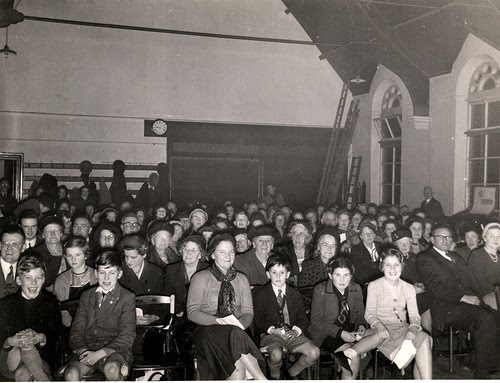 There is a large body of perennial advice given to newer writers, “Show, don’t tell” being one of the most repeated. These statements are recited ad nausium at writing conferences, in workshops and university classrooms and in books about the writing life. Thousands of green parrots named Polly across North America ask you for a cracker again and again and again.

Another nugget is for a writer to consider who their ideal reader is. Who are you writing for? There is no correct answer to this question. Much like a zen koan, or what I understand of zen koans, the statement is meant to help the writer reflect on their work.  I started this line of questioning after looking at Dustin Brookshire’s website and stumbling across his project “Why Do I Write” where several poets tackle that very question.  You can check out their answers here:  http://dustinbrookshire.wordpress.com/why-do-i-write/

I asked myself why am I interviewing LGBT writers? Why am I publishing these interviews in small, almost obscure monthly newspapers (The Betty Pages in Bellingham, WA and OutWords in Missoula, MT)?

What is the point? I am not paid. There is no chance of the interviews being picked up for pay or syndication elsewhere. At best, my work reaches five to seven thousand people between the two papers. My blog has fourteen followers. A mover and shaker, I am not.  So why persist?

There is no one answer.  Initially, I started interviewing other queer writers because I was geographically isolated.  I was a gay writer and didn’t know any other gay writers in my area.  I may live only eighty miles from Seattle, but I don’t get down there much.  Most of my sense of community came from reading books by other LGBT writers.  It was a one sided experience.  I read, but did not have anyone to share my thoughts with.  I wanted to talk to these authors and tell them what their work meant to me.  I also wanted to speak to other queer authors about their lines of inquiry in a body of writing that is surrounded by and endless wave of hetero-normative culture.  Was I slowly going crazy in the sticks or did my ideas match up with those of others?

Another reason I continued interviewing queer writers, editors and publishers is that it opened me to a wider and wider writing community.  With each interview I encountered new ideas. I learned about other writers or a new book.  The queer writing world is a small one.  Authors really do know one another, or at least know of one another.  After I interviewed Carol Guess, she put me into contact with Mattilda Bernstein-Sycamore–someone she didn’t know personally, but who she felt I might have some things in common. A friendship developed out of  that introduction by email.

I continue to interview other queer writers because of those five to seven thousand people who may see my articles.  I grew up in rural Montana before the advent of the internet.  I know something about isolation.  Even after coming out and meeting other gay people, there remained a divide between being a rural queer and a gay in a large urban area.  I had drive ten hours experience the “gay life” that I read about in Out and the Advocate.

Today there is still a cultural divide between queer life in the city and the country.  In some small way, I hope my interviews with queer authors help ease that gap.  A gay man in Helena, MT may never a attend a Queer Panic! reading hosted by Emanuel Xavier in New York City, but he or she will at least know about.  Perhaps a lesbian reader in Blaine, WA will feel some tenuous connection to the lesbian sci-fi writer Alyx Dellamonica who lives just over the border from her in Vancouver, B.C.

Posted in audience, posterity, the point of it all, the writing life, zen koan.