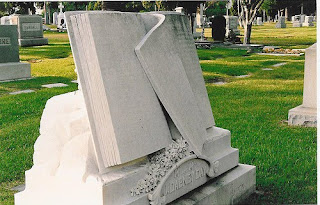 I just ordered a copy of The Lost Library: Gay Fiction Rediscovered for the bookstore where I work. It’s been garnering good reviews. After I saw the table of contents posted on the Band of Thebes blog, I knew that there would be an audience for it in Bellingham, WA.

In the process of reading about The Lost Library, I came across a review by Amos Lassen on Amazon.com. At first, I nodded my head by what he had to say:

“Many of us came out because of the writers in this volume and for even more of us they were our first association with gay life. They made us feel like there were others like us in the world and that there was a bigger family of man then we knew about.”

When I first came out, I was hungry to read about other men going through what was happening to me. A Boy’s Own Story, The Lost Language of Cranes, Faggots and Dancer from the Dance were all on my reading queue. Although these books reflected another generation’s experience, I was friends with many of the men from that generation. Their stories and the literature interwove themselves. Both became part of the map I navigated my fledgling gay life by.

Amos Lassen’s next sentence made me uneasy:

“Now that we are almost part of the mainstream, our roots seem to have been forgotten.”

Initially I want to agree with Lassen. Watching RuPaul’s Drag Race (Season 2, Episode 8) I was horrified when one of the queens didn’t know who Oscar Wilde was. In the words of an older man being made over on the show, “There are a constellation of people that one must know.” I accept the fact that I am out of step with gay men ten years younger than I am. I was gay before Gay.com.

While my cultural reference points are different from those of up and coming queers, I don’t believe that we are mainstream yet. Queers have gained visibility, but I would argue that mainstream implies a kind of banality. The man beaten outside of a gay bar in Missoula, Montana last month wasn’t mainstream.

What stopped me cold in Lassen’s review was the statement:

“The ‘golden age of gay fiction” is no more and we find that the term gay literature is at the point of becoming extinct and we will soon only have literature.”

I agree the “golden age” of gay men’s fiction is over—that the works Lassen refers to were revolutionary and relevant to the time in which they were written. That era is gone. Many have withstood scrutiny and time to serve as examples for readers and writers to come.

Where Lassen goes wrong is by claiming that gay literature is nearing its death and will somehow seamlessly blend with “mainstream” literature. There are fewer exclusively queer publishers. There are less LGBT bookstores every year. Many queer authors have had their books moved into the respective genres in which they write on bookstore shelves.

Although these things are happening, it doesn’t mean that we are living in a post-gay world. Put all that gay men you want on television and into military uniforms. It won’t change the fact that most straight readers continue to ignore gay literature. It doesn’t stop queer authors, especially those writing dangerous and original work from being marginalized.

Lassen confuses the facts. Gay men’s literature has grown past its propaganda and coming-out stages. It has managed to enter into new territories, but it isn’t about to go the way of the 8-track. There is a new generation of gay male writers who are hungry to make their own literature. Despite the challenges they face, I have hope. Like the lyrics of Carolyn Leigh’s famous song, I believe “The best is yet to come and won’t that be fine.”