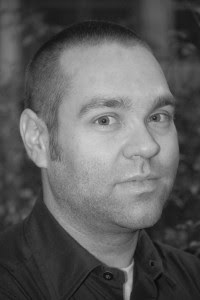 Steve Fellner’s first book of poems Blind Date with Cavafy was released by Marsh Hawk Press. It won the Thom Gunn Gay Male Poetry Award. His new memoir, All Screwed Up (Benu Press), centers on his odd relationship with his mother, who was once a champion trampolinist, and now a champion of the unpredictable. He currently teaches in Brockport, NY.
Jory Mickelson: It seems to me that there is a growing trend among poets to also write memoirs. Mark Doty’s Heaven’s Coast and Thomas Lynch’s excellent Undertaking come to mind. As a poet who has written a memoir, why do you think this is? What led you from poetry to writing a memoir?

Steve Fellner: I was very sick when I decided to write a memoir. In fact, I didn’t plan on my scraps of memory ever becoming a full-length book. This is the truth: I was very sick and lonely at the time. I’ve never had many friends.

For some inexplicable reason, all these hives started to appear on my body; they wouldn’t go away. I had no one to talk to. I had no idea what to do. I thought I was going to die. Several weeks went by and things got worse, and I assumed I had AIDS. So I got a test and everything came out fine. Which made things even worse. I was left to my imagination and that can have fatal consequences for a writer.

Convinced that I had an unknown disease, I decided to tell the people who I loved that I indeed did love them. The first one was my greatest love: my mother. I didn’t know to do it. And I couldn’t concentrate, as scared as I was. So I wrote a fragment, a single self-contained memory. It was a paragraph long. And then I wrote another. And then another. And that’s how it continued. Until I had a book. A book which was nothing more really than a warped love letter for my mother.

JM: Your memoir came out in June 2009 from Benu Press, what have you been working on since then?

SF: After the memoir, I had a breakdown. A very bad breakdown. I don’t want to go into the details. But I felt hopeless; I felt I had nothing more to offer the world. I didn’t know what to do. So I decided to write something that had nothing to do with me. And that thing was a blog where I would write about the books and poems of other gay men. I figured if I wrote about the men in my own community it would undoubtedly be read. And it is being read. It makes me very happy and gives me a feeling that words matter–something I had forgotten.

JM: One question I always have for writers is how do you know when a poem, story or manuscript is done? Does an editor say, “Okay Steve, really, that is enough now” or do you have some intuition that your work has come to completion?

SF: Something is done when I’m bored. I get bored easily. If I’m not having fun, then I figure I might as well stop. If I’m bored, my reader will be.

JM: What are you reading right now or what is waiting to be read on your nightstand?

SF: I’m going to rip off something that O’Hara said. I wish I could remember exactly what it was. I’ve always want to be one of those people who can recite quotations on demand. But I can’t. Breakdowns mess up your memory even more. It’s something he said about movies. I’ve been much more into movies. I just watched Jane Campion’s “Bright Star” about Keats and loved it.

JM: You work as a creative writing professor. What has being an instructor taught you about your own work?

SF: If I had to choose between teaching and writing, I’d choose the former. It’s fun to see someone improve. And that one-on-one interaction has become even more important, having gone through the psychic pain I was finally forced to confront.

JM: Living in a larger city on the East Coast you have greater access to a queer arts culture. What would you tell gay poets who live in small towns far away from large cities and urban centers? Or since we are actually talking about my situation…how can gay rednecks like me get involved with a wider queer writing community?

SF: I know it might not be the same thing. But I live in Brockport, a village about 45 minutes away from the city. Most of my peers live in the city, and in the winter, I rarely see them. I have a debilitating fear of driving–it was crucial that I live in walking distance to the campus.

I’ve never had that many friends. I’m awkward and weirdly shy. I think the most important thing is to find one super close friend–not a boyfriend, but someone platonic. And to talk regularly, if not every day, enough so that when you hear about their life it becomes somewhat tedious. It’s important to know peoples’ patterns. You can help them identify things they might not have noticed if left to their own devices.

JM: With gay bookstores folding like…well independent bookstores, there are fewer places to see gay books on the shelf. Queer people are losing visibility for their work. Is this the price of wider acceptance?

SF: I only think certain sorts of gays with certain sorts of identities are getting wider acceptance. So I think the loss of gay and independent bookstores is fatal. For example, at a queer bookstore, I just bought Tim Dean’s scholarly book “Unlimited Intimacy: Reflections on the Subculture of Barebacking.” This is probably one of the most important ethical issues in our community. Would I find that at Barnes & Noble? I doubt it. Would I find the works of queer rebel David Wojnarowicz in Waldenbooks? I doubt it. Everyone’s favorite David Sedaris has always pretty much bored me–not that he hasn’t had wonderful essays. But lately he’s a queer Erma Bombeck. And how many people in their mid 30’s remember who she is anymore?

JM: Are we going to all be jaded twenty-something post-queers someday?

SF: I don’t plan on being jaded. I think that’s one of the personal missions of my blog: to see what’s new and exciting. I’m the sort of person who only rents New Releases. I like to see what’s out there right now. And there’s always something that makes me happy.

SF: I just want to thank you for doing this interview with me. People like you keep me going and help me resist the temptation to be cynical and, yes, jaded.