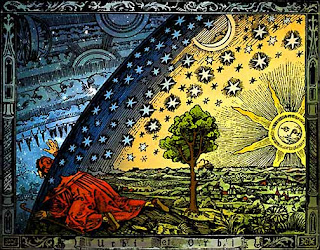 Although I read a great deal, I have not read much science fiction. My best friend cites the characters and plotlines of the major science fiction novels of the past twenty years like a Baptist preacher quotes the Bible. “Orson Scott Card mentioned a situation like this in his third novel of the Ender series…” I love her dearly, but I never finish most of the sci-fi books she recommends.

What scares me so much about sci-fi? I don’t flinch at poetry. Academic histories on obscure subjects don’t cause me to grit my teeth. A recent favorite read was an anthology of essays about books that no longer exist, Lost Classics: Writers on Books Loved and Lost, Overlooked, Under-read, Unavailable, Stolen, Extinct, or Otherwise Out of Commission edited by Michael Ondaajte. Maybe it’s the science in the fiction that’s getting me down.

Even though I can do advanced math, it doesn’t do much for me. Many of the books people have recommended to me have been “hard” science fiction, books that rely on cutting edge technology and science to propel the plot. When I see equations in fiction, my eyes glaze over. No, I really don’t need to see the circuitry diagrams of the star cruiser before I will believe that it can travel through space…

But every so often a book will capture my imagination. This month it is Eifelheim by Michael Flynn. He combines two genres that are usually at odds, historical fiction and hard science fiction. The plot revolves around a 14th century German village that vanished during the height of the Black Plague. I won’t give away the plot, but it involves some heavy (for me) time/space theory. I also like that the book includes a section for both historical and physics notes at the end. I didn’t expect to love the books as much as I do, but then again who expects the pastor of St. Catherine’s Church in 1348 to encounter a band of… Give the book a try.

Jules Verne is as close as I usually come to science fiction. A balloon race to circle the globe, a submarine attacked by a giant squid, pterodactyls at the center of the earth, you know—the plausible stuff.

To my delight, a newer genre of science fiction is gaining prominence and it is called steampunk, which explores an alternate history (neo-Victorianism) where technology is powered by steam. Seattle author Cherie Priest’s steampunk novel Boneshaker was selected for a 2010 Pacific Northwest Booksellers Association Award. It’s a fast-paced read that features air ships, pirates and (of course) zombies.

What genres have you been avoiding? It never hurts to try reading something outside of your comfort zone. Even science fiction.