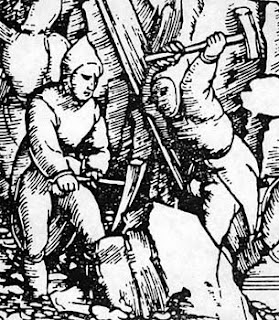 I stumbled across a collection of essays at work by Thomas Lynch called “Undertaking: Life Studies from the Dismal Trade.” Lynch, a poet, also works as an undertaker. He writes about how one trade informs the other.

Nancy Peacock the award-winning author is another writer who had a nonliterary job to pay the bills. She cleaned houses. Peacock wrote a book about her experiences called “A Broom of Her Own.” It took an honest look at what it takes to be writer in the face of hard economic realities.

These two authors are successful in literary circles, but they also hold jobs that are a far cry from what most consider the lofty world of literary success. Writing, like many of the other arts, does not often pay well enough to live on. This is why most artists, even writers, are described as “starving.”

The literary world is filled with well-known authors who had other professions. John Rechy, author of “City of Night” and “Numbers” earned his literary fame writing about his career as a male hustler. While the poet Richard Hugo worked at Boeing for years until his first book was published. He spent many years working on airplanes and poems at the same time.

In creative writing classes one may hear the term “working poet” but instructors don’t frequently mention that poets often be working full-time jobs unrelated to poetry or even writing. So what does it take? What does it take to make it as a writer? It takes and extraordinary amount of time and dedication. A writer must generate new work, revise it, and then send it out into the world. And when a writer’s hard work is rejected (again and again) he or she must be willing to send it out all over again.

The longer I write and seek to put my work into print, the more I realize that writing is not only about craft. Writing is also equal parts patience and endurance.