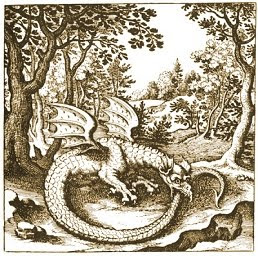 The past two weeks have kept me moving. Graduate school applications, academic resumes, writing statements, Form A and Form B burned up a good amount of time and energy. Between working full-time and panicking about my academic future, I haven’t felt up to doing much writing…Excluding the essays and letters that I’ve been agonizing over, Does this sentence make me look like I should be relegated to the unfunded pile?

During the time that I’ve been “forced” to write, I’ve also considered the direction in which I want to grow my blog. In the original vision, I dreamed of a blog that would both showcase some of my writing that had gone to print, but was not available online and give me room to explore and comment on a wide range of writing. But rarely does the vision match the practice.

What happened: instead I used my blog to re-circulate reviews and interviews that I had written previously. I used the blog to post new book reviews and a few musings on poetry. Because so much of my writing has been queer focused, I became locked in an unintentional LGBT trajectory.

I love writing about queer authors and queer literature, but when I started out, I didn’t intend for the blog to become homocentric. Then the guilt set in. Why NOT have an exclusively queer blog? Why NOT promote LGBT authors and artists? Why NOT increase queer art visibility on the Web? I had no good argument against doing these things.

During the two weeks in which I hammered out forms and formulas, I found some reasons NOT to keep this blog exclusive to the LGBT writing world. The most important is that I do not limit my own life and literature consumption to some queer-only zone. Truth be told, I haven’t been reading any queer authors in the past three weeks. I was derailed rereading A Country Called Home by Kim Barnes and Radio Crackling, Radio Gone by Lisa Olstein. I started and completed Jackalope Dreams by Mary Clearman Blew and 30 Days: On Retreat with the Exercises of St. Ignatius by Paul Mariani. Some of these books were better than others, but not one of them was written by a LGBT author nor dealt with queer themes. But I want to talk about some of these books on my blog, especially a poet as brilliant as Lisa Olstein.

So where does this leave Literary Magpie? Rather than use the excuse of blog-fatigue or that the demands of life grew too great, I will just admit that I am not perfect. I am inconsistent and mercurial. I start running in one direction and then something catches my eye and I start running in another direction. (My reading list should have told you that much.)

For the next few weeks expect a shake-up. I am going to blog about all kinds of authors and writing. I may even delve into the dreaded world of poetry prompts. Or I might just repost snippets of what I’m reading to share with the rest of you.

The bottom line is that there are a lot of different things that inform me as a writer and I don’t want to put blinders on this blog (or my life) just to make things “fit.”